Between the Lines Pam LIne 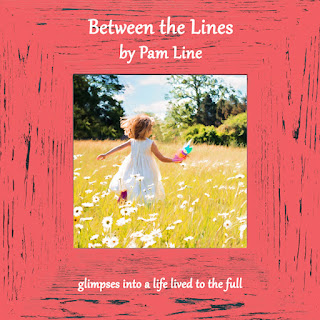 After an eventful life with four husbands, consecutively, and many tears in Spain and France, Pam has returned to her Yorkshire roots where she lives with Blossom the dog.

Here the author give us glimpses into a life that starts with a idyllic childhood, puts her in touch with prestigious figures and less comfortable homes. There are sadnesses and triumphs.  A life lived to the full emerges through a gentle but forthright prose. Does this present a story of survival? Are we given hope?

Between the Lines, a Chapletown Little Square Flash Collection

Pam Lines takes us on a roller-coaster life adventure.

Get your copy today.

Email ThisBlogThis!Share to TwitterShare to FacebookShare to Pinterest
Labels: Between the Lines, flash fiction, Pam Line

Three of our Christmas Anthologies £15.00 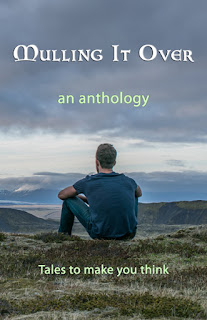 As ever, the interpretation has been varied: the Island of Mull, thinking about things, often quite deeply, the odd mulled drink and even something used in making a book - how appropriate again. You will find a variety of styles here and an intriguing mix of voices. There is humour and pathos, some hard-hitting tales and some feel-good accounts. All to be mulled over.

See on Amazon
Many of the stories in this collection take place at or near Christmas time. There are stories of new births, of rebirths, of new beginnings, and there are a couple that deal with the joys and sorrows of the annual Nativity Play.

See on Amazon
Some fantastic writing was offered and the most of it was potentially publishable. We chose the pieces in this collection because they told a good story, had a strong voice and were imaginative in their interpretation of the theme.
Buy all three books for £15.00
at August 26, 2021 No comments:

Nothing can prepare you for a future where spies, governments and Artificial Intelligence vie for power and drive a love story like no other in The Future Brokers

It’s 2050 and George Williams considers himself a lucky man. It’s a year since he—like millions of others—was forced out of his job by Artificial Intelligence. And a year since his near-fatal accident. But now, George’s prospects are on the way up. With a state-of-the-art prosthetic arm and his sight restored, he’s head-hunted to join a secret Government department—George cannot believe his luck. He is right not to believe it. George’s attraction to his beautiful boss, Serena, falters when he discovers her role in his sudden good fortune, and her intention to exploit the newly-acquired abilities he’d feared were the start of a mental breakdown.
But, it turns out both George and Serena are being twitched by a greater puppet master and ultimately, they must decide whose side they’re on—those who want to combat Climate-Armageddon or the powerful leaders of the human race.

I really enjoyed this book, it kept me turning the pages and was gripping to the end, with plot twists and multiple character viewpoint. Certainly had a chilling sense of ‘this could actually happen’ about the world we inhabit which was very thought provoking. More please.

Payn and Knox have written an innovative collaboration which intricately weaves characterisation and a realistic future together. Especially impressive for me was the visualisation of future technology. Clever stuff.
This novel's a fast-moving adventure and is definitely worth a read by those who love thought-provoking fiction.

I loved this book. It mixed the serious subject of climate change and what we are doing to ruin our planet, with the human interest of a growing love between the two main characters, Serena and George. A page turner, a 'must' read. 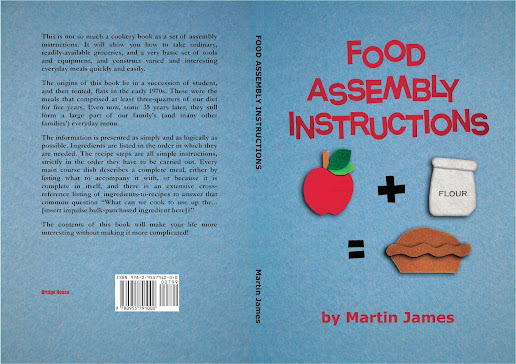 OK, you've now got a kitchen - but what can you do with it? You could prepare endless rounds of beans on toast. Or you could try something equally easy but far more interesting. This little book will try and help steer you towards the latter.

Ideal for young people living away from home for the first time. Oddly, that's how it all began.

The original concept for ‘Making Changes’ was of an Advent Calendar of stories – one for each day from the 1st of December to the 24th. However, whilst these stories do suit perfectly that delicious time of the year when we can shut out the dark nights and curl up by a fire with a good book, they are relevant for any time of the year. They celebrate life and all that is precious about it.
RRP: £9.00
Buy from Amazon
Buy from us (1-4 books)
at August 21, 2021 No comments:

In the Shadow of the Red Queen

We hope you will enjoy this collection of short stories.They have been selected because we hoped that each one of them would either make you laugh or cry or at least muse a little about the glorious game that is life. One of our authors introduced the Red Queen and it became apparent that she is a little like Jung’s goddess. If we use our imagination a little we can plot her trajectory in most of our stories. Hence our title. She can be bitterly cruel but also has a wicked sense of humour. Yet she has a sense of fair play and knows all about unconditional love.
RRP: £9.00
Buy from Amazon
Buy from us (1-4 books)
at August 20, 2021 No comments:

Email ThisBlogThis!Share to TwitterShare to FacebookShare to Pinterest
Labels: In the Shadow of the Red Queen, multiple author anthology, short stories

A Suitcase Full of Stories 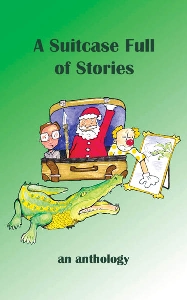 In this suitcase full of fun there is a story for every day of your two week holiday, including the day you set off and the day you come home. There are mysteries, everyday stories, stories about people from other planets, adventure stories and much, much more.
Maybe you too would like to go to a land filled with dragons behind a strange mirror, or perhaps you would like a pair of spectacles that make everything seem bigger. On the other hand, you might see colours and hear sounds that other people aren’t aware of.

Between the Lines Pam LIne

After an eventful life with four husbands, consecutively, and many tears in Spain and France, Pam has returned to her Yorkshire roots wh...